MONOPOLY DREAMS HONG KONG™ celebrates the 85th Anniversary of MONOPOLY with you!

Time flies, the world-famous board game MONOPOLY is entering its 85th anniversary on the 19th March this year! MONOPOLY was created in the United States in 1935. Everyone can become the ultimate Mr. MONOPOLY by tossing dices and buying houses through their investment gaming strategies. As one of the world’s favorite board games, it has been translated into 47 languages with over 1 billion worldwide players. In addition to this, MONOPOLY was launched in 114 countries with nearly 300 million sets were sold and Facebook fans have already reached over 10 million.

MONOPOLY is still popular and loved by worldwide players of all ages since 1985. MONOPOLY DREAMS HONG KONG™, the world's first MONOPOLY -themed attraction was opened at the end of October in 2019, it attracts MONOPOLY fans and tourists from all over the world.

Moreover, new facilities such as MONOPOLY 85TH Anniversary Golden Postbox, MONOPOLY 85TH Birthday Cake and more will be presented to guests for photo-taking and check-in at MONOPOLY DREAMS HONG KONG™. In addition to this, free admission offers and MONOPOLY 85th Anniversary World Championship will be held at the Peak, Hong Kong in March 2021.

MONOPOLY DREAMS HONG KONG™ shares the birthday joy with you all

Mr. Monopoly would express his appreciation to your continued supports. Therefore, guests who own a Hong Kong identity card number or a passport number which contains a consecutive “8” and “5” number can enjoy the perks of free entry from March 19, 2020, to March 18, 2021.* Companions can also enjoy a 15% off ticket discount when they like MONOPOLY DREAMS HONG KONG™ Facebook page or follow MONOPOLY DREAMS HONG KONG™ Instagram. (*This offer requires two tickets booking; the ID card / passport number must be a consecutive number of “85” to use this offer.)

From March 19, 2020, to March 18, 2021, A variety of MONOPOLY 85TH Anniversary themed photoshoot backgrounds will be added to the photography services at Money Vault inside MONOPOLY DREAMS HONG KONG™, which is one of the popular check-in spots for guests. In addition to this, a MONOPOLY 85th Birthday Cake in 85-centimeter height will also be displayed for guests to take photos. Most importantly, Mr. Monopoly will appear at any time!

MONOPOLY, one of the world's favorite family gaming brands is commemorating 85 years of success. Join us as we celebrate with the MONOPOY 85th Anniversary HONG KONG edition board game which available in 2020 Fall. It's glamour, glitz, and golden tokens!

The game features premium packaging and includes 8 golden tokens that represent the good life: A racecar, sunglasses, a yacht, a bowtie, a jet, a helicopter, a wristwatch, and a top hat. Get family and friends together to play the fast-dealing property trading game where players buy, sell, dream, and scheme their way to riches. Three cheers for living the good life of luxury and fun!

In addition, to celebrate MONOPOLY 85th Anniversary, MONOPOLY 85th World Championship Finals will be held at MONOPOLY DREAMS HONG KONG™ in March 2021. The winners from global and regional tournaments will gather in Hong Kong to celebrate the 85th birthday of Mr. Monopoly and compete for the finals!

MONOPOLY DREAMS HONG KONG™ is the first MONOPOLY-themed attraction in the world, as well as a brand-new tourist attraction in Hong Kong. It is located at the most popular tourist spot – the Peak, which is the most expensive title deed and the supreme “king of property” in the MONOPOLY Hong Kong Edition. MONOPOLY classical elements like Train Station, Water Supply, Ultimate Banking will be ready to give you the best MONOPOLY experience! Everyone can try their luck and pursue their dreams in MONOPOLY DREAMS ™! Let’s Own It All together! 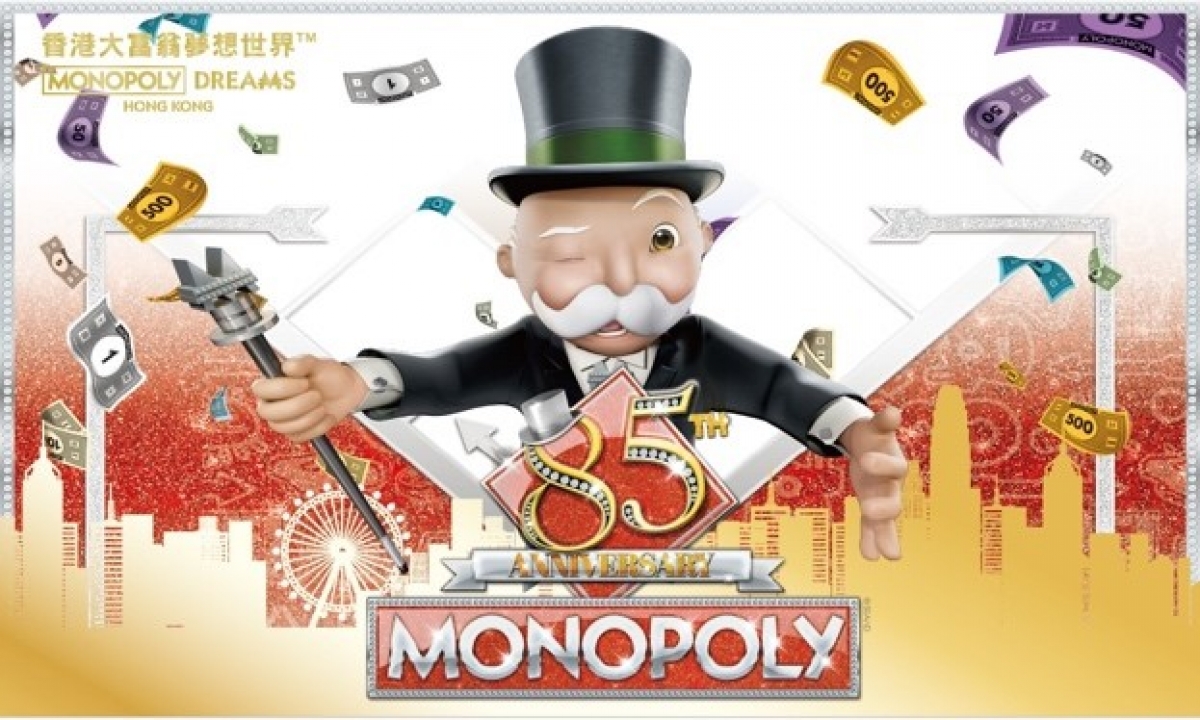