From now until March 18, 2021, every admission ticket holder will receive a complimentary MONOPOLY 85th Anniversary postcard. post your blessing by MONOPOLY-themed stamps and deliver it to the golden post at the venue!

*Stamp comes in a local and overseas postal version 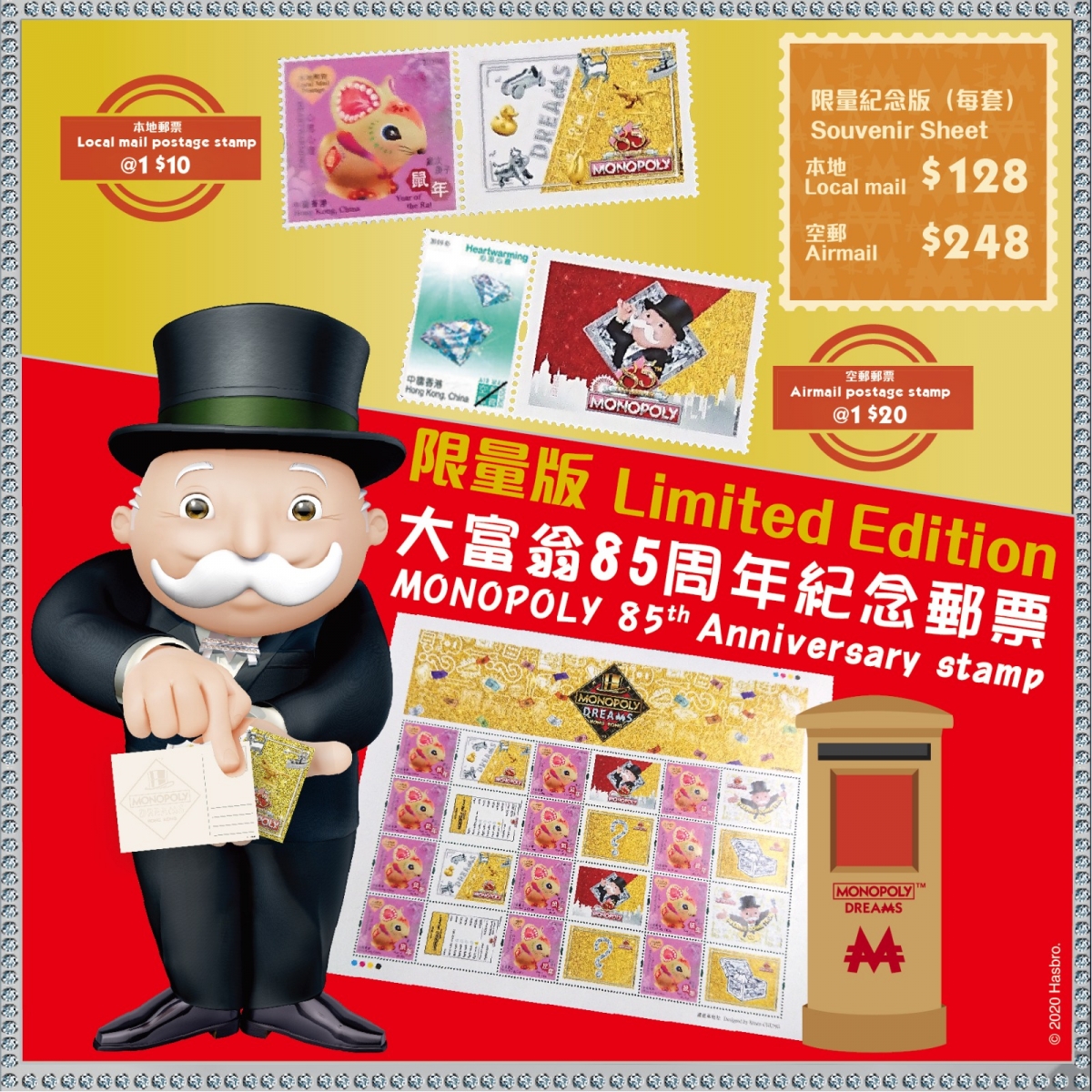